How to use Regex (Regular Expressions) on iPhone and iPad Print 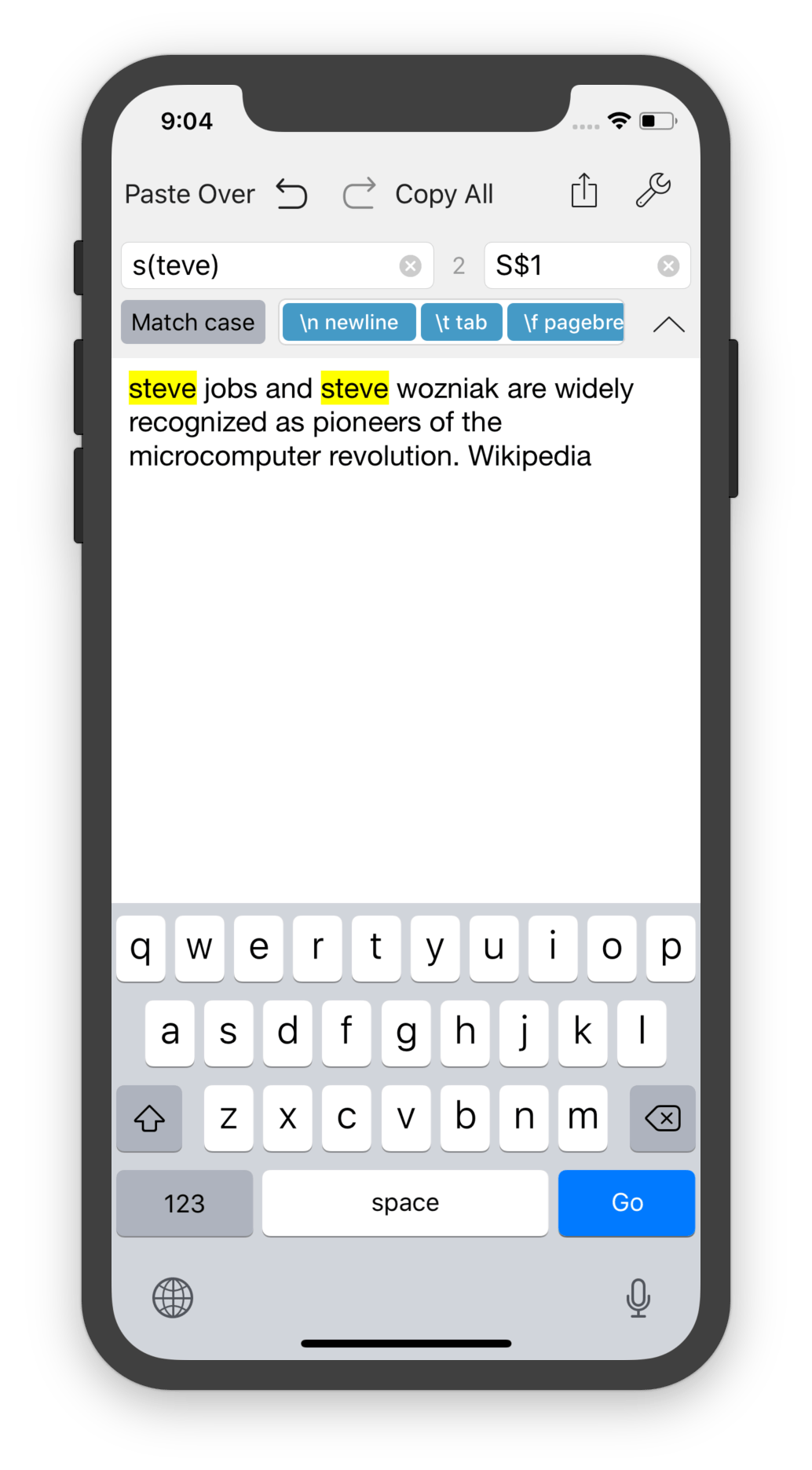