Using Regular Expression in Clean Text for Mac and Clean Text for iOS greatly increases your power and accuracy when doing text processing work. And if you are using the Mac version, you can also create a combination of multiple actions and replacements using the Tasks feature. 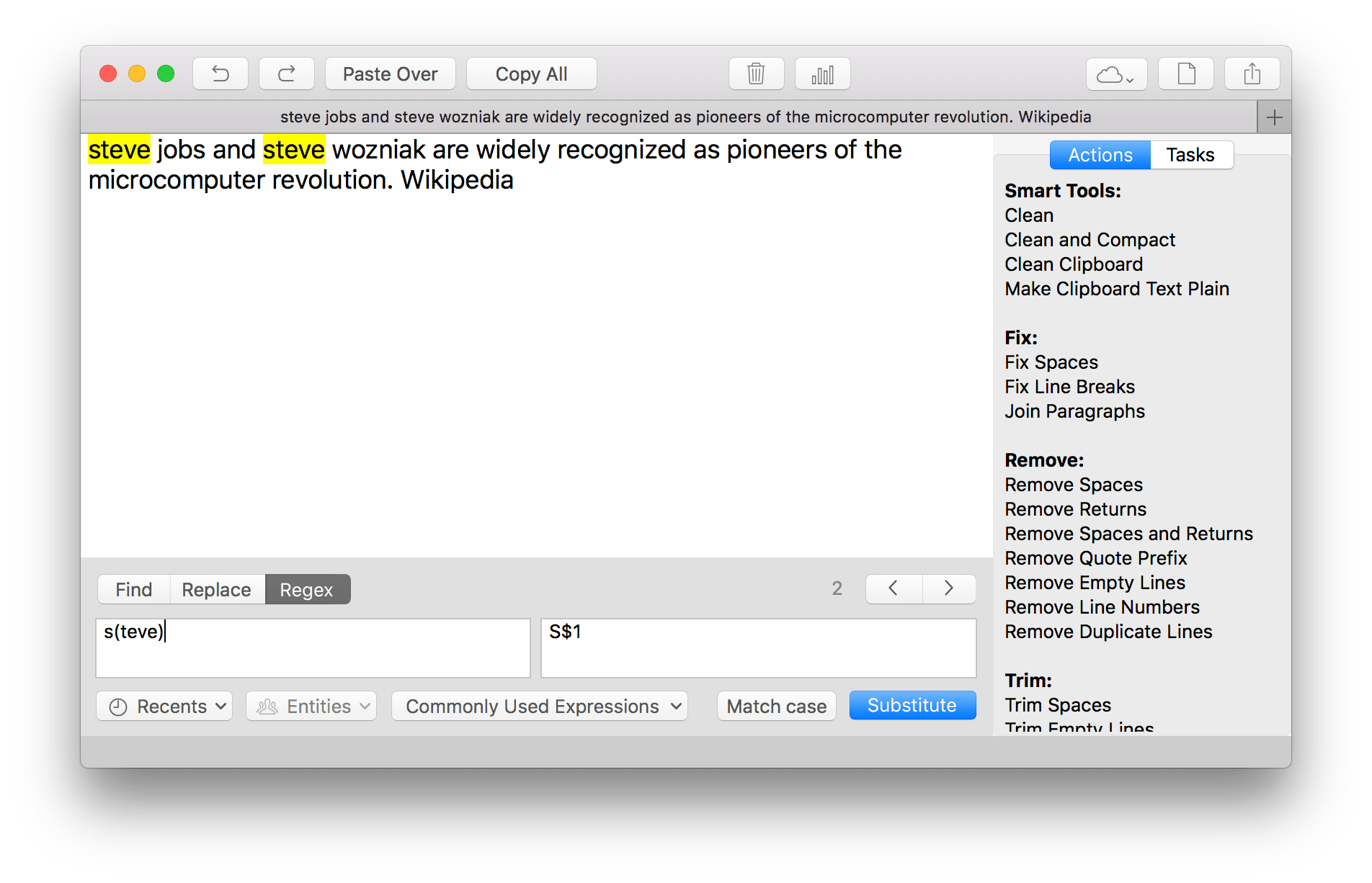 Example 7 - Search for more than one term at the same time (e.g. search for "hello" and "steve")

"|" represents the alternation. So A|B matches either A or B.

Naturally, being each character followed by a question mark optional, a possible "steves" will also be matched. To avoid this, you could group the part "son" with parenthesis, in this way: steven?(son)? Now, only "steve", "steven" and "stevenson" will be matched.